WEATHER: Over 3 inches of rain has fallen in area over last 24 hours 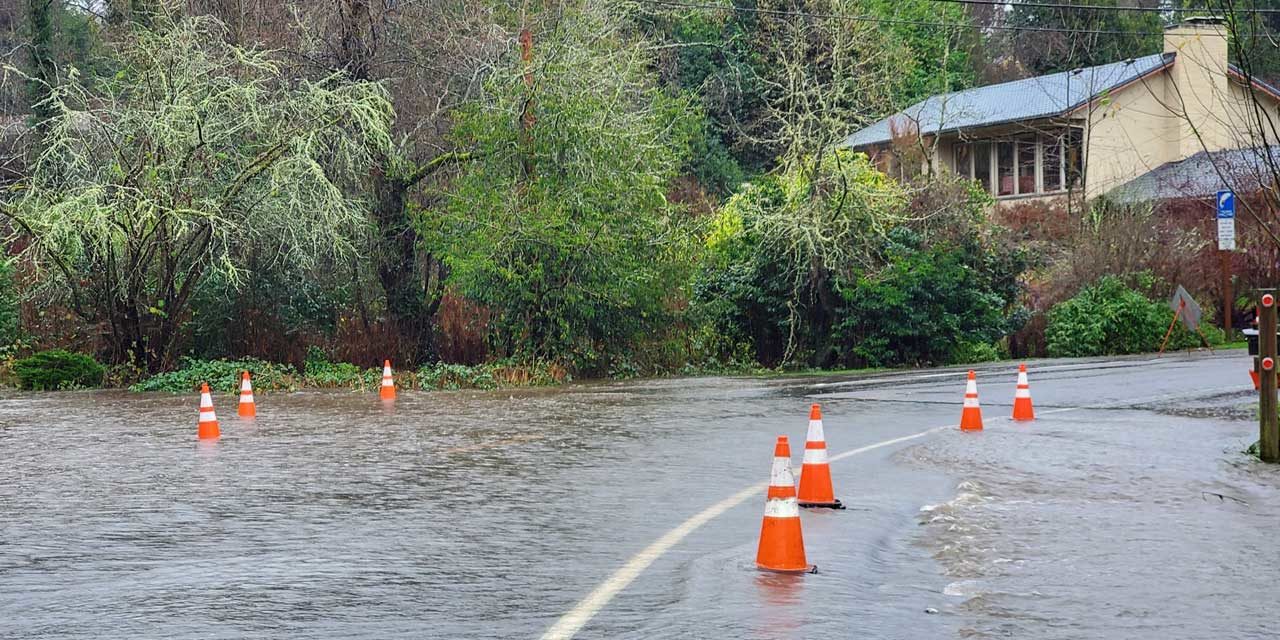 Over three inches of rain has fallen in Normandy Park over the last 24 hours, according to local weather expert Michael Snyder.

The deluge has caused a lot of urban flooding locally, with houses being flooded and roads covered and closed.

The National Weather Service says that 2.22 of rain fell in Seattle overnight, making this the second wettest December day since 1945.

#wawx 3.08″ of rain in just under 20 hours here in Normandy Park. pic.twitter.com/uG2LFeaQ2I

FLOOD WATCH IN EFFECT UNTIL SUNDAY NIGHT
The Weather Service says a Flood Watch is in effect until Sunday, Dec. 22 at 10 p.m.; they also issued the following alerts:

Rainfall of 2-6 inches over the past 24 hours has increased soil
moisture to high levels across western Washington. Heavy rainfall of
1-2 inches additionally is expected through early Saturday. This
amount of rain will put extra pressure on soil instability, leading
to an increased threat of landslides. At least one mudslide has
already been reported this morning in Sammamish.

Areas above 4500 feet in elevation will see mostly snow and not be
affected.

For more information about current conditions, visit
www.weather.gov/seattle, select Hydrology, and then scroll down
for the links to the landslide information pages.

For more information on landslides, visit the website for the
Washington State Department of Natural Resources landslide
geologic hazards at: http://bit.ly/2mtA3wn

The Flood Watch continues for

* A strong weather system has brought heavy rainfall across much
of western Washington overnight. Heavy to moderate rain is
expected to continue through Saturday morning with 3 to 6 inches
of total rainfall is possible through this period particularly over
the mountains. Snow levels will remain above 5000 feet for all
but the northern Cascades – high enough for much of the
precipitation to fall as rain.

* Current river forecasts have trended somewhat higher for areas
with the heaviest precipitation, particularly those rivers
flowing off the Central and South Cascades, the Skokomish river
and the Chehalis River. A number of rivers throughout the watch
area remain at risk of flooding during this time. Urban and
small stream flooding is also a possibility, especially during
the heaviest rain. There continues to be some possibility that
landslides could be triggered by this heavy rain.

A Flood Watch means there is a potential for flooding based on
current forecasts.

You should monitor latest weather and river forecasts and be
alert for possible Flood Warnings. Those living in areas prone to
flooding should be prepared to take action should flooding
develop.

Some gentle reminders for driving safely in flood-type weather.
? slow down
? turn on headlights
? don't use cruise control
? allow extra time to reach destinations
? increase your following distance.
*As my Sicilian grandma used to say "drive like you've got some sense." pic.twitter.com/sUf2JbtXS1

FLOODING. Our City staff is working hard to keep the roadways clear. Thank you for your patience as several streets throughout the area are closed due to water over the roadway. Please don't try to drive through standing water, use alternate routes. pic.twitter.com/60qGfq4Mwy

7-DAY FORECAST
Here’s the detailed 7-day forecast, which shows that we’ll be having a ‘Wet Christmas’: