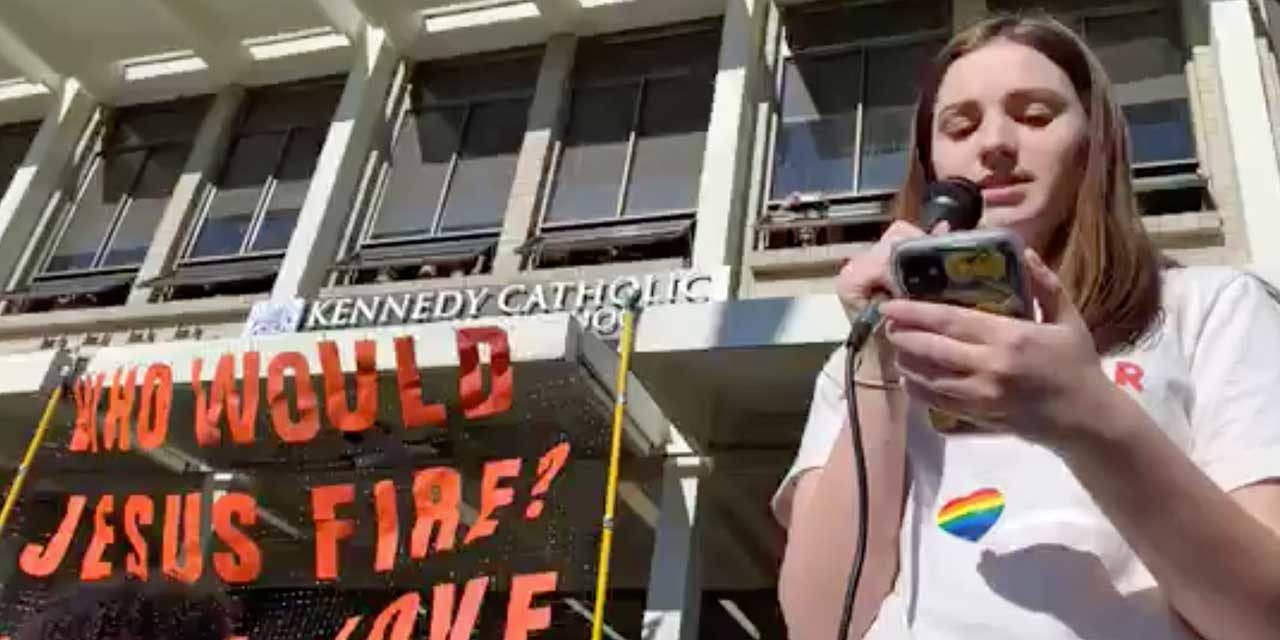 From our sister site The B-Town Blog:

On Tuesday, Feb. 18, 2020, hundreds of students walked out of Burien’s Kennedy Catholic High School in a show of support for teachers Paul Danforth and Michelle Beattie, who were both reportedly forced out because they’re engaged to marry their same sex partners.

The walkout started around 1:15 p.m., as hundreds of supporters as well as a small contingent of 8-10 counter-protestors waited outside the front entrance of the school on S. 140th Street on a sunny winter afternoon.

Police had closed off S. 140th Street in front of the school for the protest, which included well over 1,000 people, many dressed in rainbow themed clothing and carrying signs of support.

South King Media’s Scott Schaefer streamed the video live on Facebook, and below is an edited version of highlights (running time 25:50), which includes:

Burien Mayor Jimmy Matta posted this on his Facebook page:

There was also a protest at 9 a.m. at the Archdiocese of Seattle.