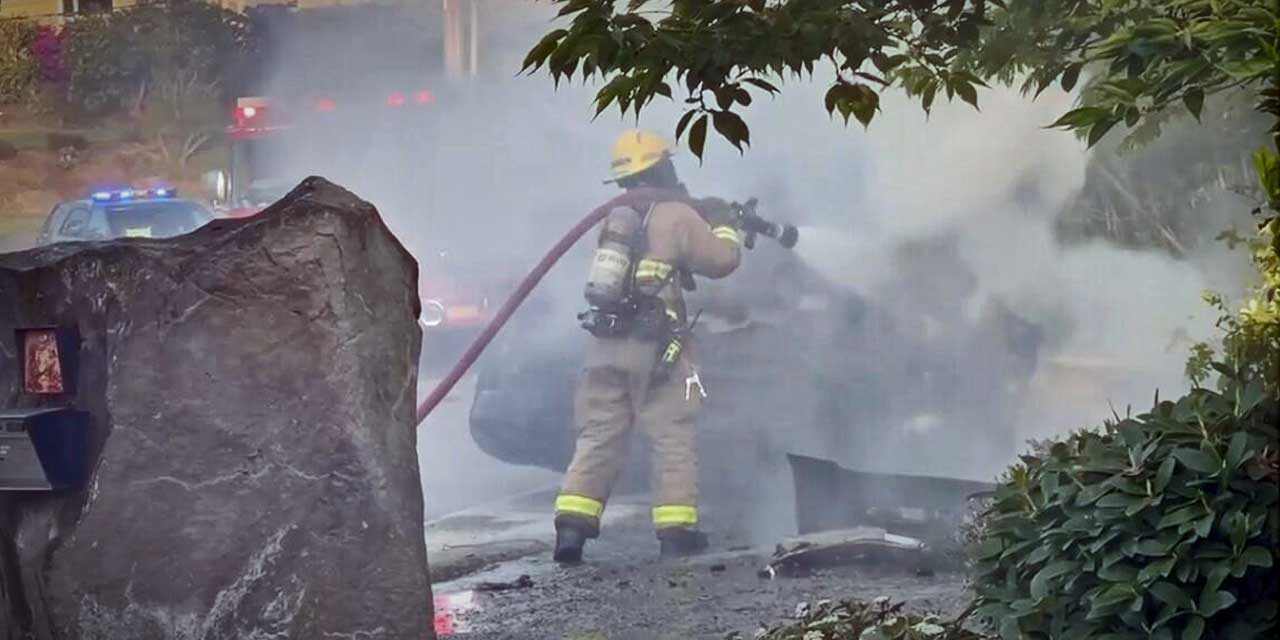 On Sunday, May 2, 2021, Normandy Park Police engaged in a short pursuit of a suspected stolen car, which ended up crashing and burning on a residential street.

The chase originated near the intersection of Marine View Drive and Normandy Road, according to a witness.

Police say that when an officer tried to stop a vehicle for a traffic violation, it sped off.

The driver lost control at one point, crashing the car onto its side on Marine View Drive SW between Edgecliff Drive SW and Normandy Park Drive SW (map below). It soon caught on fire.

The driver – who had warrants out for his arrest – was apprehended after trying to run away. He was to be booked into King County Jail for investigation of a stolen vehicle and felony eluding. He appeared uninjured, and was taken to a local hospital.

Below are photos taken at the scene, courtesy Stefan Pokorny: 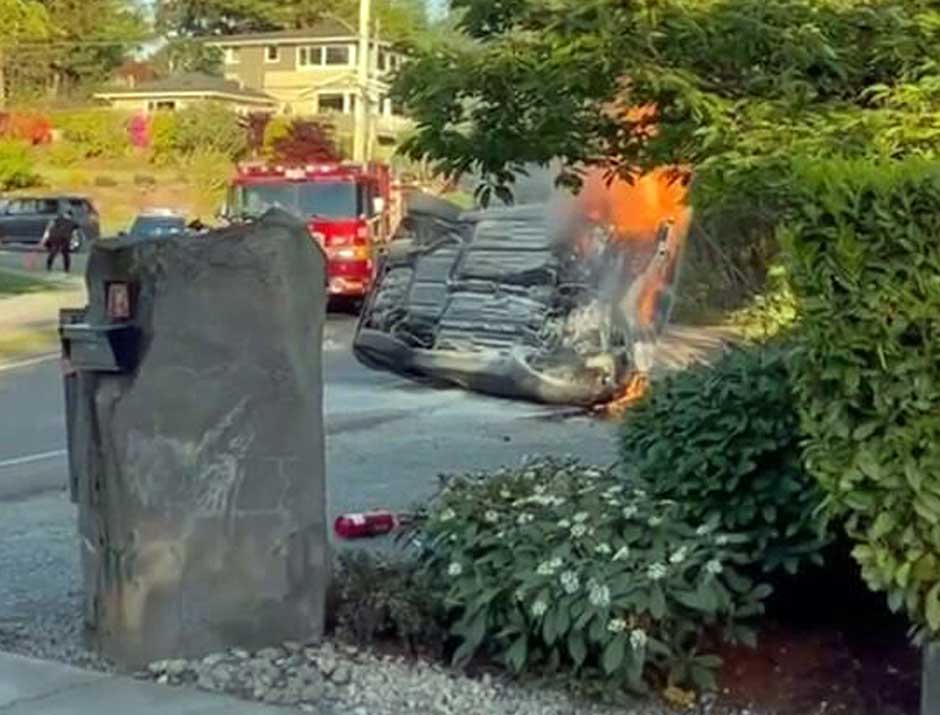