VIDEO: Fire Chief reminds of extreme fire danger and wants you to NOT set off fireworks 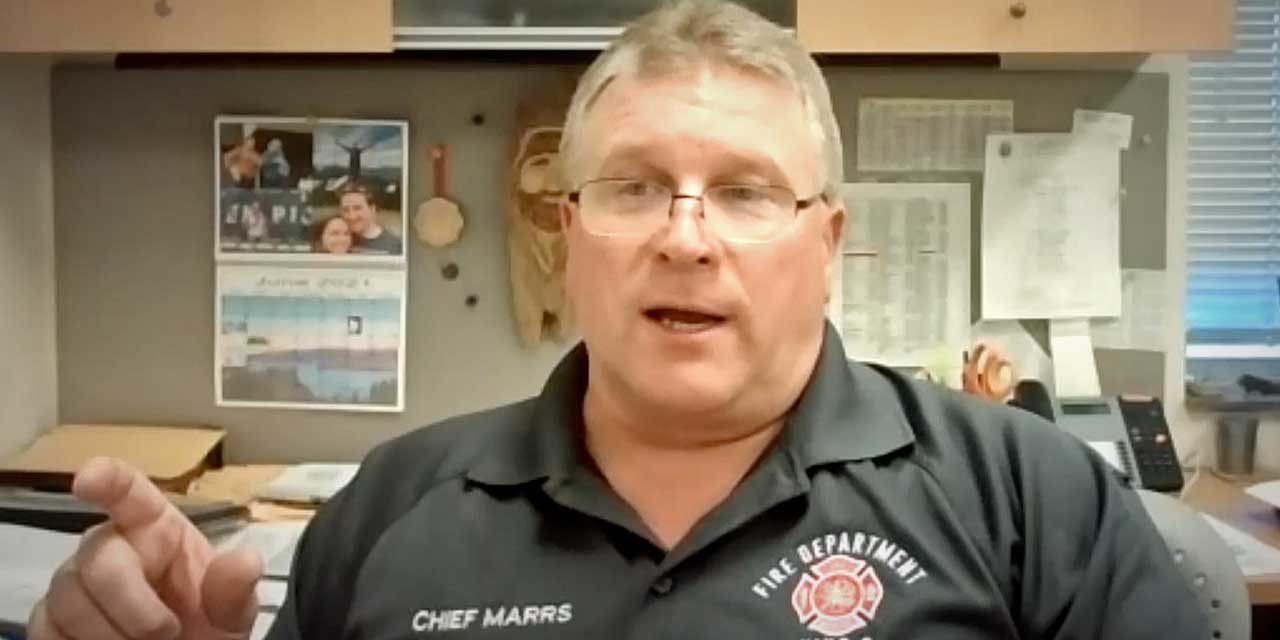 This will be the driest 4th of July in the 30 years that King County District No. 2 Fire Chief Mike Marrs has worked with the fire department, and “there’s really a severe, extreme danger right now.”

“We’re trying to get about double the staffing because we know it’s going to be more than double the busy day,” Marrs said at the Seattle Southside Chamber’s Burien District Roundtable on Tuesday night, June 29, 2021 (see video below).

Marrs said that the typical day sees around 30 calls for service. On Monday – when the high hit 108 at Sea-Tac Airport – the fire department received at least 60 calls.

However, the current level is at just eight percent, making Marrs very concerned.

“We’re already at eight percent and so we are so significantly lower than where we normally are for the 4th of July or even at the height of the fire season,” Marrs said. “The risk of a large conflagration fire is extreme, and we’re really going into this timeframe where where it’s going to be extreme fire danger even on this side of the mountains.”

What should residents do to help alleviate this danger?

“You add thousands or maybe even tens of thousands of sources of ignition with people lighting fireworks off during the 4th of July, and that can be anything as innocent as a sparkler,” he said. “The problem is the fuel moisture is so low that what happens is the fire spreads so rapidly that we can never get ahead of it.”

Marrs is referring to the fact that by the time someone notices a fire that’s around ten by ten feet large and calls 911 and firefighters are able to get there, “we get there and it’s 100 by 100, then by the time we get enough resources there it’s 1000 by 1000.”

Two years ago two houses were lost to a fireworks-related blaze in the unincorporated area, and tragically there was also a fatality.

“The risk is real and and it it’s extremely heightened this year,” he said.

Marrs says that even setting off “safe and sane” fireworks is dangerous this year at normally “safe” areas like the Normandy Park Cove.

In an insight into the mind of an experienced Fire Chief, Marrs divulged that he not only thoroughly waters a large area around his house – he runs a sprinkler on the roof of it on the 4th of July.

“I’ll actually put a sprinkler up on my roof too,” he said. “And I have a shake roof. I’ve seen way too many bottle rockets go into a gutter and start the eaves on fire and either burn an entire roof or full house down. So certainly anything you can do to minimize the fire getting started and getting ahead is helpful.”

Marrs has one final reminder for our Readers.

Oh, and don’t forget to hydrate and make sure your elderly neighbors and pets are safe as well.