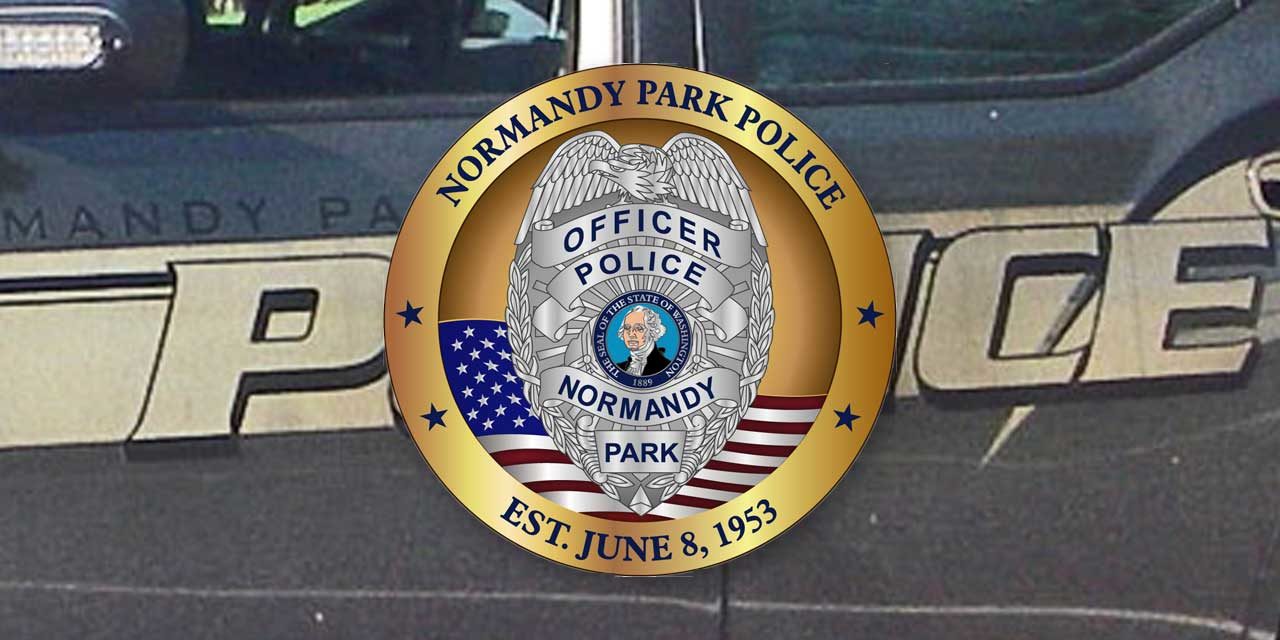 On Friday night, Nov. 12, 2021 just after 10 p.m., Normandy Park Police were dispatched to a hit-and-run collision that resulted in a shooting in Normandy Park.

Police say it all started in the area of the 16400 block of 1st Ave S., when a hit-and-run victim attempted to follow the suspect vehicle in an effort to get the license plate.

As the vehicles crossed Normandy Road southbound on 1st Ave S., the passenger of the suspect vehicle fired a gun at the victim vehicle multiple times.

The victim discontinued following as the suspect vehicle fled at a high rate of speed.

The suspect vehicle wrecked in the 19800 block of 1st Ave S. (map below), and the driver attempted to flee on foot as two passengers (including a juvenile) remained trapped inside the vehicle.

The driver was quickly apprehended by Officers.

Fire personnel freed both occupants who were both subsequently transported to the hospital with potentially serious injuries.

Two guns were located in plain view within the suspect vehicle. The driver is under arrest for investigation of hit and run, driving under the influence and reckless endangerment.

Charges against the passenger related to the shooting will be pursued pending his release from the hospital.

The victim was uninjured and the investigation is continuing.