WEATHER: Might snow be in the forecast soon? Here’s what @SeattleWXGuy says 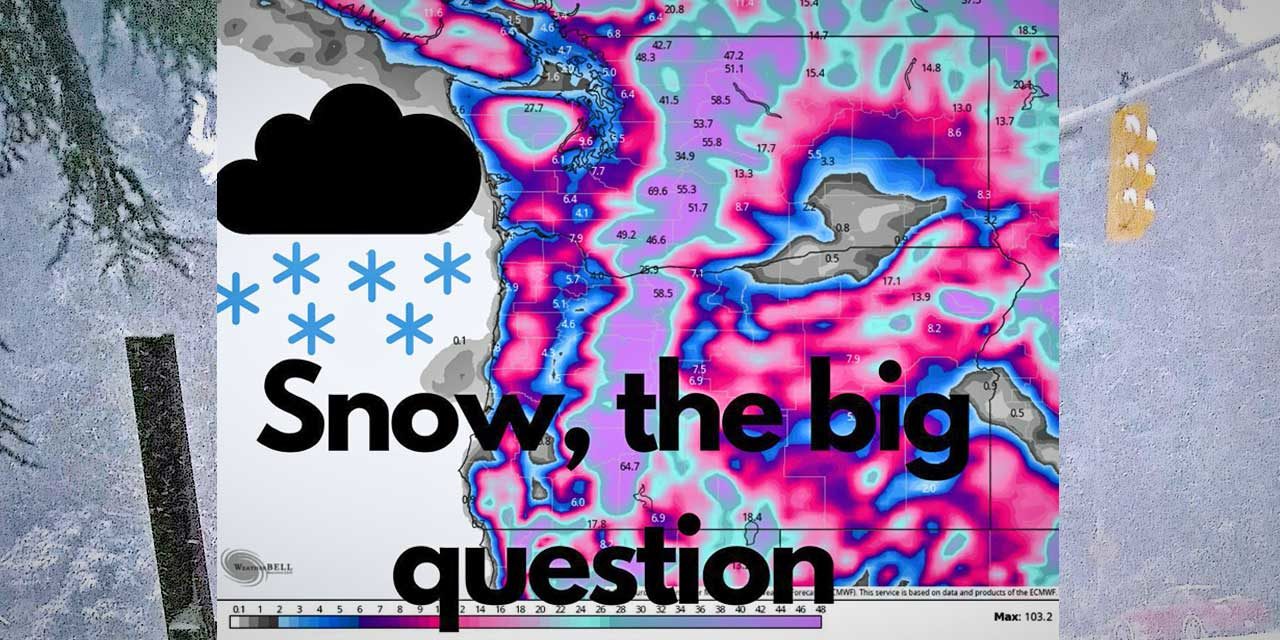 Snyder says in his latest video forecast that some models are predicting a chance of cold weather moving in next week, possibly bringing with it some of the white stuff.

“Polar lobes trying to move down off the west coast of the Pacific Northwest,” Snyder said, “and bring some potential for some snowfall for lower elevations here.”