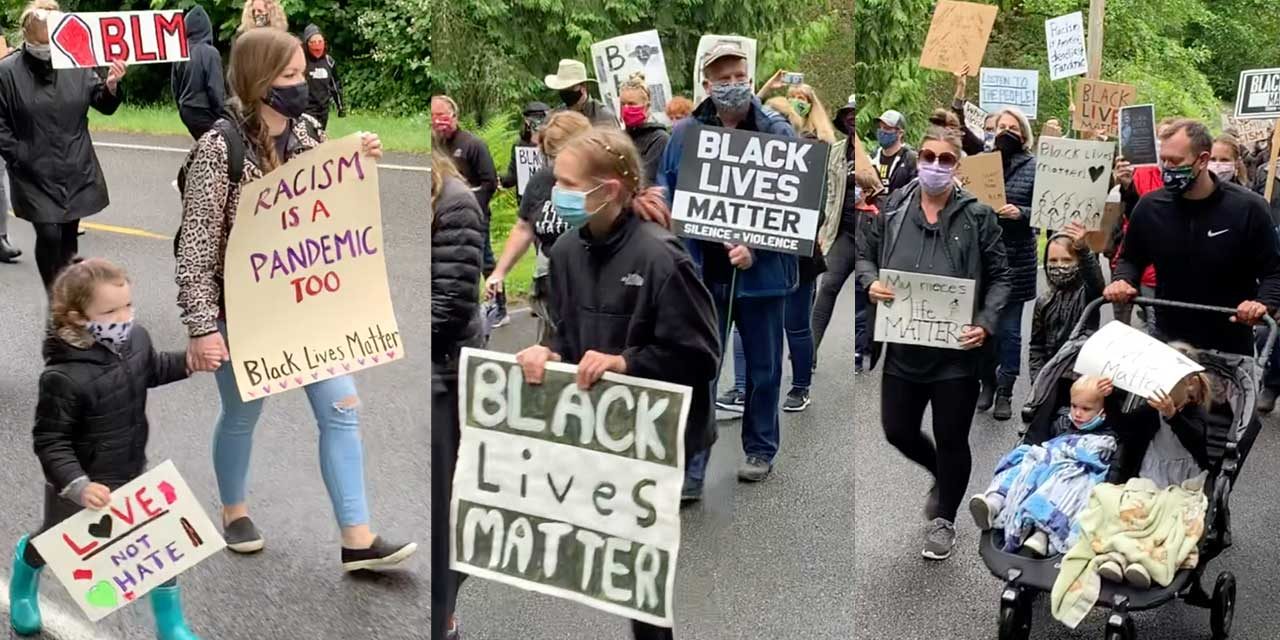 On Friday, June 12, 2020, around 1,000 people participated in a Silent March for Black Lives Matter in Normandy Park.

Friday was chosen because it was a statewide day of silent marches to honor and mourn the victims of police brutality and institutional racism.

Organized by resident Haley Ballast, the event started at 4 p.m. at the Normandy Park Community Club (“The Cove”), then protestors walked silently up to City Hall.

Families with kids carrying handmade signs were frequently seen, and the overall feeling was one of respect and community.

As the march progressed from The Cove, the usual sounds of a crowd diminished, turning into one of mostly of shoes walking on wet pavement, occasional young children, and the caws of local crows.

Below is an edited video showing highlights from the protest, as shot and edited by Scott Schaefer: