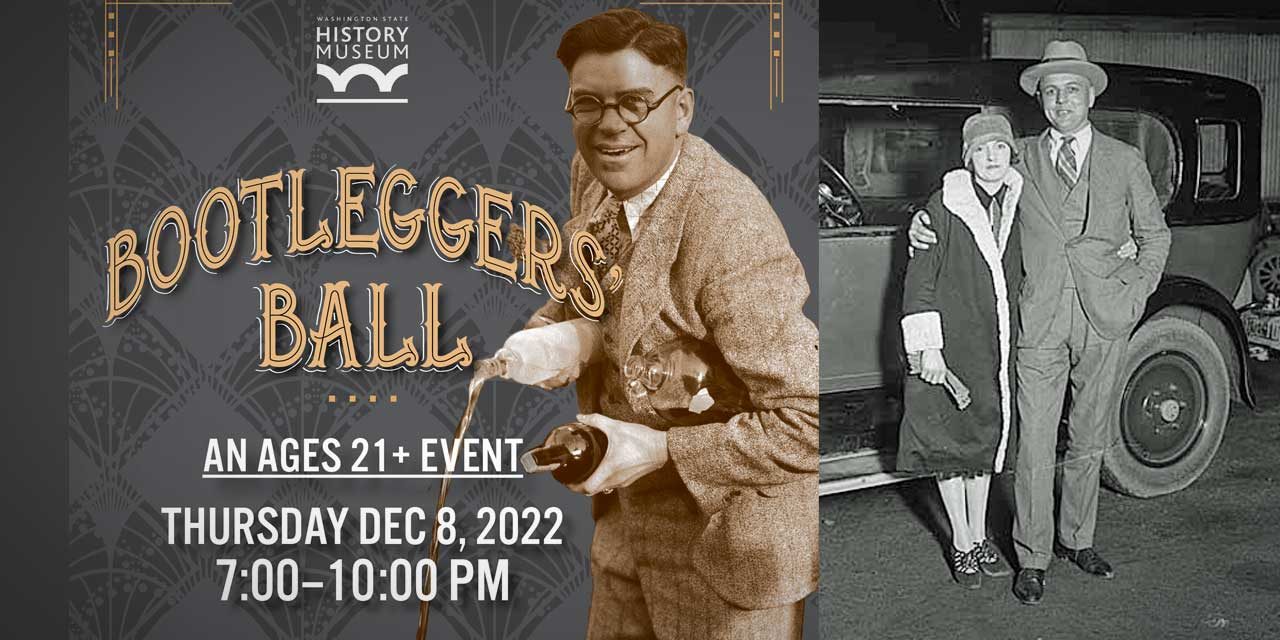 The Repeal of Prohibition will once again be celebrated with a party on Thursday, Dec. 8, 2022, at the Washington State Historical Museum in Tacoma.

In addition to imbibing at the Museum’s own version of a speakeasy (The Blind Marmot, where you can drink from your own History After Hours glass), the evening features live music by The Happy Sinners and, according to WSHM,, “more roaring 20s fun!”

Edmiston has been sharing stories of “The Good Bootlegger” and Prohibition in the Northwest throughout Washington State for the past two years as a member of the Humanities Washington Speaker’s Bureau.

“One of the reasons I love sharing the Olmstead story is the powerful connection to our South King County communities,” he said. “It’s amazing to me how much of our hyperlocal prohibition history has been forgotten, and how much our model of rumrunning and bootlegging in the 1920s differed from the Al Capone model of organized crime fueled by violence. What better way to experience this history than to live it, speakeasy style, at the Ball.”

Get in the mood with this short film by Steve Edmiston for Seattle Southside Scenes:

About Steve Edmiston
Steve is a business and entertainment lawyer with Bracepoint Law, an indie film screenwriter and producer, founder of Quadrant45 and The Good Bootlegger’s Guild. Steve collaborated with Director Scott Schaefer on local favorite film The Maury Island Incident. He currently serves on the Humanities Washington Speakers Bureau, and has keynoted for the Washington State Historical Museum/Society, Pacific Northwest History Conference, Smith Tower Rumrunner’s Club, McMenamins History Pubs, and appeared on the Travel Channel’s Legendary Locations. Steve lives in Des Moines, near the site of Olmstead’s final arrest. He remains endlessly fascinated by the boldness of Roy Olmstead’s business plan, and he is collaborating with Schaefer to develop a feature film inspired by Olmstead’s life.